The price of fear

Investors ask for a bonus - in the form of an extra return - to overcome
the fear of risk. This extra return, when applied to the whole market, is
called the risk premium

Its amount can vary (it can even be negative when investors are exuberant).
The higher the premium, the lower the market price.
How high would you price fear?
Does the market overprice or underprice it? 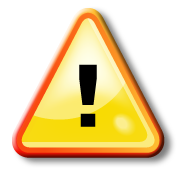 It does not just mean that they don't like risky / uncertain situations,
it entails also precise types of behaviors that can be identified.

As an example, when people take investment decisions, they
...normally:
Thus they do closer investigations, calculations and analyzes
of the pros and cons of the investment.

it is usually only if they can expect an extra reward.
As regards risk aversion, it is widespread, but is of course not the
only possible attitude as regards

Risk attitudes / preferences vary between people.
Cases of risk tolerance or even risk appetite are not that scarce.
Indiana Jones is among us!

They vary also between situations, for example people usually accept
more risk when gambling than when investing.
Fun and glamour at the casino ?


The risk premium as an extra return... 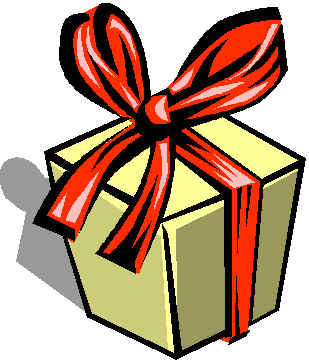 from
assets and projects that are seen as risky compared to those considered
riskless (*)
(*) Such as sovereign bonds, considered as highly safe investment ...at
least if the issuing country is considered financially secure, which gets
hard to find (on that issue, see sovereign bond turmoil).

In other words people want to be paid for taking risks.
We might call this "the price of fear".

For a given asset, the extra return that measures the average risk
aversion of all buyers and sellers is called the risk premium (or
equity premium in the case of stocks).

For example
* If the long term rate for safe sovereign bonds is 5%
* And the equity average return is 11%
=> then the equity premium is 6%.

(this is a approximative calculation, in fact what should not just add
those two rates but use compound rates, but let us not complicate
things)

...and a lower price

In practice, a better return, between two assets that bring similar
incomes (*) means a lower buying

A return risk premium is thus equivalent to a price discount.
(*) once those incomes are corrected by their probabilities as seen in the
stock valuation article.

This premium is not so easy to measure, as
over a long period normally.

- the theoretical return taking into account those previsions
- and the effective return of the asset at its current market
price.

between bullish and bearish market periods as seen below.

And nobody really knows what should be its ideal average
level, for stocks for example (the "equity premium").
What about an average bonus of 6% added to a sovereign
bond return as shown in the above example?

2) Excesses and illusions
can distort the scheme further
Actually, as already mentioned, the risk premium is highly variable,
which can be linked to market trends.
Then people speculate on risky assets (and tend not only to
to overvalue their potential return but also to forget that
they are risky).

Some assets (stocks, real estate) are considered among the safest and
most rewarding (*) (**) in the long term.
At least historical statistical studies have shown this.

For those assets the real risk is usually in the short term (price
volatility), and it tends to average out in the long term.

But even investors with a long time horizon are sensitive to short
time bad surprises, which is understandable.
Therefore volatile assets still usually show a high premium...
...except when the general exuberance / optimism gets contagious
as seen above.

(*) Not individually, but in an average, in an "efficiently
diversified portfolio".

(**) Another thing is to define "long term", as there are gloomy
periods for stocks that can exceptionally last for one or
several decades.

People hate losses so much that they often prefer to stay invested in
assets on which they lose money, hoping (often vainly) that the price of
those lame ducks will recover.

=> Actually, they take the risk that the price sink further, as there
ther might often be a good reason why the market does not like
that asset.

This is related to the prospect theory, a key concept of behavioral
finance, that states that usually people feel much more pain at losing 100
Euros (or dollars, or whatever) than pleasure at gaining 200 or even 300
(Euros...)

From Peter Greenfinch's Behavioral finance glossary
and more specifically , extracted from the risk attitude
and risk premium articles in this glossary.

Pageviews for this article before migration from Knol : 3.7 k