A systemic crisis is a domino effect in which a financial trouble spreads
between institutions and markets until it affects the whole monetary
and financial system with dire global economic consequences.
Falling together from the money cliff

financial and monetary
system.
Such cataclysmic avalanches can entail
(trade, production, spending, employment, ...)
as we live in an era of fast and easy communications in which
those economic, and financial systems (not to forget the
political aspects) interrelate globally.

Cause and process: killer dominoes

A systemic financial or monetary crisis would result from a "domino
effect" in which the collapse of an important financial institution
(bank, investment or pension fund, insurance company...) spread to all
the worldwide financial and monetary system.
This 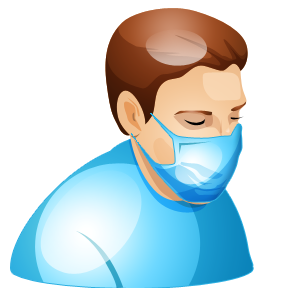 contagious "great plague"  is not pure fiction. it is based on
known economic / financial mechanisms.
Some of the faulty elements, still far from fully repaired, have been
activated in the 2007 financial crisis and its aftershocks.

Here is the scenario of what can follow an initial collapse
that is not urgently  contained
(usually by injecting public money, ...if governments and central banks
are not in dire financial situations themselves).
which have financial relations with the deceased or comatose
one(s).

Those risky links can be cross deposits, loans, settlement
accounts, investments and other financial contracts and
instruments.
In such case people withdraw their money or sell their financial
assets (and their real estate if they cannot meet their loan
charges).
This creates a

liquidity squeeze with:
As all those cash starving institutions have, as seen above, financial

cross-links they would have problem to repay one another.
=> It would lead to a cascade of bankruptcies.

The surviving institutions would prefer - so as to escape the illiquidity
contagion - to keep or hoard safe and liquid assets rather than to finance
their customers.

We have here the full "credit crunch" that endangers economic
activities.
As investors (and customers) feel

impoverished by the
asset price falls (or by hyperinflation, depending on the type of crisis),
they would put a brake on their spending, another contribution to the
economic regression.

Last but not least, States (and the central banks) might be
caught into the imbalance spiral (the section below details that
aspect),
because of:
It might at the end, in the worst case, make the whole global monetary
or financial system, some leading central banks included, crumble
(with dire economic incidences), whence the "systemic" word.


Can States be at the origin
of a systemic crisis?
The systemic risk shown above is chiefly the one attributed to financial
institutions. But it can start or spread elsewhere.

There is the risk of a worldwide liquidity crisis, with dramatic implications
for foreign exchange markets, the sovereign bond market, and the world
economy, if a leading country or several large ones default on
its/their sovereign debt.

Some had to be rescued in the last decades (Thailand, Mexico,
Argentina).
Others (Iceland, Dubai, Greece, Hungary, Ireland, Portugal,
Spain, Cyprus...) either encountered recently the same fate
or are on the cliff's edge.
They experience unprecedented budget deficits and foreign
debt.(this includes the USA and its ocean of public debts,
federal and local)

(subprimes, sovereign debts...)
for being asked to contribute to the general rescue, via
very low refinancing interest rates and with debt purchases, so
as to relieve the financial stress in a first phase.
It seems a miraculous move, but it is a potential source of new
uncertainties, not only about how safe are those institutions but
also on the value or the money they issue.
that run the same risk because of sovereign debts (and in some
cases other dubious assets) in their portfolio
* commercial banks (as they participate in creating and
storing money in deposits, and use some refinancing from
central banks),
* insurance companies
* investment funds
(some of them seen as "shadow banks")

=> What could be done to avoid such crises is proposed

=> The risk of a global monetary collapse, and the ways to face it,

Pageviews for this article before migration from Knol: 4.0 k