Yin-yang and 67-33 cursor in economics

In many areas, the yin-yang principles help to make more fertile and
balanced reasoning than the Aristotelian binary logic, a caricature of
realities which admits only the 100% true and the 100% false cases,
excluding any gradual possibility and leading to exclusive dogmas.

In economics, a balanced position of the cursor has to be found between
the two extreme doctrines, laissez-faire and collectivism, for example at
around 67-33 to give some privilege to individual initiative and freedom.

Of course a perfect balance is illusive in a dynamic system like society
where everything is moves and evolves, The tentative objective is just
to avoid to stray too much from an optimum and fall into disastrous
excesses.

Blending economic flavors
According to taste.

But first, what is Yin-Yang?

Yin (male, sun) and Yang (female, moon) are two Eastern philosophy
principles (Tao...) that state that all things, situations, moves are dual
(two-sided), as driven by two types of elements (hard and soft, to
simplify) that both exist and that interrelate.

More precisely, those two sides of the reality:

* Complement / support each other,

* At the same time oppose each other.

=> This brings a dynamic equilibrium, with an always moving

cursor position between both sides.

In many areas of knowledge, related to our world, which is a rather 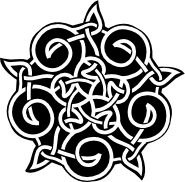 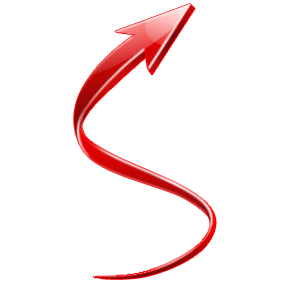 changing dynamical
system, those principles would help to understand situations better
and make more fertile and

If we focus on the modern economy, sometimes called "post-industrial",
its share of "soft" (Yin) economic activities and approaches have grown
compared to its share of "hard" (Yang) ones.

Well, we might see in us two distinct human beings,
* the  "individual person" with its freedom and its own rights,
* and the social person" who contributes to society and has
various related duties.
But the individual one should stay in control, not become just
a pawn.


=> Things could be highly conflictive and under-performing, or even
a source of disastrous excesses  if we stray too much to what could
be considered an optimum.
But in a complex dynamic system, always moving and evolving,
with interactions by the spade, as is the case of human societies,
such an ideal balance cannot be definitively obtained .

This is the topic of the section below.

Any doctrine driven to its extreme of purity becomes a fundamentalism,
and loses its adaptability to situations and to human and social needs.


The competing schools of thought

This can be illustrated by looking at the three best known "offers"
(or doctrines) in the normative economic shop
coupled with capitalism (private property of means of
production).

This system of free individual individual initiatives, applied at
reasonable doses, draws its force from its adaptability and
efficiency, its incentives to multiply initiatives and tests aiming
to satisfy economic needs, under individual freedom of choice
for the users of what is produced.

But too large doses leave much ground to behavioral excesses
that create:

* economic imbalances (such as the current financial and
economic crisis, even if not only rogue financial market
operators but also political demagogues were at the origin)

* and social disparities.
It has its own biases, and when applied exclusively and generally,
is more rigid, less reactive and evolutive (less scope for initiatives
and less self-correcting mechanisms).

=> This makes of it a source of inefficiency (under productivity...).
=> It also degenerates easily into totalitarian oppression.
It is a form of private initiative, with non compulsory membership
(if not it is corporatism) and it certainly has an interest.
But within narrow limits. It cannot apply to the whole spectrum
of economic activities in a country or and even less world-wide.

Even so, it shows positive pathways for economic federalism,
a network economy (something that Internet boosts), a bottom up
economic development, an economic solidarity, not to forget a free
knowledge dissemination (the Internet is largely ...cooperative).

Last but not least, the birth of the "sharing economy" seems to
bring new approaches in this cooperative field

Altogether, after comparing the behavioral biases that affect any system,
laissez-faire seems to provide the best, or least bad, guarantees, even if not
complete ones,


* on the economic side, to fulfill human needs,
* on the social side, to put individual freedom at the top of the
pyramid.

So, OK for laissez-faire, as the default option?
Or for something more balanced?
Not so fast, as we have to avoid fundamentalism, as already said, and
veneration for ideological gadgets to do everything (well, capitalism
already has been alive for a long time and cannot really be called a
gadget).

=> It would be useful to replace the Aristotelian binary debate by a
"fuzzy logic" tool, the

In economic matters, the social constraint on one side and the individual
freedom on the other might become excessive, less and less the solution
and more and more the problem.
There must be a balancing point which optimizes both objectives.

That cursor's position, variable according to situations, might lie, this is
my little thesis, in the vicinity of:
This would represent a "tilted" capitalism and would correct
some of its economic and social imbalances.
The philosophical idea behind this asymmetry is that human beings
own the society, but the society does not own human beings and
any attempt in this direction leads to "formating" and "depersonalization".

We can have also specialized applications of the cursor, for example
by finding an optimum position, case by case, between
* the innovation principle
* and the precautionary principle,
This position would be tilted towards the former if we want to
avoid to stop any evolution and fall into lethargy and decline.

This goes further than economic matters

It is not only in the economy, but in a broader way at the political level
that a 67-33 balance that privileges the human being should be preferred.
The word democracy is a decoy if attributed to a system that sees the
human person as owned by society instead of society as a property of the
human person, made of individuals.

Public institutions should fit a Montesquieu-type balance of power
(between the market power and the political power in the case shown
above) based on
* democratic processes of appointment and control
* and on a division of power.

This can entail for example a federal form of democratic
governance
at various levels: local, regional, national, continental, global.
Yes, federalism at the global level also, that is how globalization,
accused of all evils by nostalgic lovers of a divided world in which every
body looks for a refuge behind national borders, would find its full
expression: democratic globalization.

What are economics, markets, finance...