Liquidity squeeze, credit crunch,
market illiquidity, bankruptcy
A liquidity crisis is a shortage of cash and other immediately available
funds to meet financial needs such as repayments or urgent spending
or fundings.

It can affect banks, financial markets, businesses, States or even the
whole economy bringing a domino / systemic crisis (a worldwide crisis
that affect the whole system)

A liquidity crisis or liquidity squeeze or crunch, is a
scarcity or lack of immediately available funds.A person or organization has not enough cash or funds to meet:
i.e. an immediate hiring, or a crucial supply or repair.
(salaries, taxes, standing invoices...)
(interests and repayments at maturity).
This drought might strike:

* also, private people but it is not directly this article's topic
(it focuses mostly on general liquidity crises with some traits of a
"systemic crisis").

broke for personal motives or events,
but they might also find themselves at one end of the chain of a
general liquidity crisis, losing their job or home, as the subprime
crisis has shown.

In the financial sector

In the banking system, a general liquidity crisis happens when most key
banks in the world (or at least in a large economic zone) experience a
shortage of immediately available customer deposits and other
monetary resources (interbank money market borrowing, central
bank loans...).

In that case the sources of cash are insufficient:
* to face depositors' withdrawals or payments,
* to finance the loans and other assets in their portfolio.

The crisis can reach the whole banking system (systemic crisis, see below)
when no bank lends to any other, either because of a lack of funds ...
or a lack of trust.
In that case the interbank money market gets


This was seen as one of the aftermaths of the famous subprime
crisis already mentioned above.

In such cases, unless the central bank inject massive liquidity to irrigate
the desert, the banks that survive have to restrict their lending to
individuals and businesses (liquidity squeeze / credit squeeze /
credit crunch, choose your phrase!).
=> This, you guessed it, can stall the economy.

In financial markets, a situation of illiquidity strikes when buyers or
sellers  find no counterparts for their operations.


Either the assets offered for sale (shortage),
or the money to buy them, become unavailable.
The reason might be linked to economic fundamentals but often
herding / mimicry take a part, when greed / panic strike suddenly
after a period of exuberance or gloom that brought market excesses
in need to be corrected.
A consequence is that

investing / divesting, and even arbitrages
between investments, become impossible or if not, at least entails heavy
losses

Also in future and derivative markets, people with long (=buy) or short
(=sell) positions cannot settle or revert them and are unable to cut their
losses and leave the game.
In the same way, the investors or trader who need to cover their risks
do not find the needed derivative instruments.

A liquidity crisis might spread to most financial institutions and markets,
thus not only banks or specific markets.
Also, it can originate from the default of a leading country that affects
many other ones as well as the private lenders (often banks, here again).

Such rare but extreme and generalized domino effects are called systemic
crises.

In an economy as a whole

A widespread financial liquidity problem has a strong economic impact.
By starving

consumption, the
credit squeeze, can create a slowdown or recession, or at least worsen
one that has other causes.

This should not be confused with a liquidity trap.
It happens when liquidity is abundant but people prefer to hoard than
to spend it, because for example:

* They think that prices will decrease, thus prefer to wait before buying.
* Or they see their income as precarious and prefer to save their money
as precaution for a bad day. 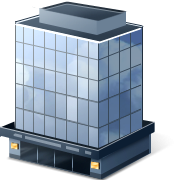 a corporation or association can suffer its
own liquidity crisis, and face a risk of bankruptcy, when its "current
ratio" (current assets / current liabilities), computed from its balance
sheet, is below 1. In that case,

the amount of its receivables, liquid assets and (short term) bank
credit lines is not enough to cover the amount of its very
short term debts.
The business lacks money to repay them and thus is in a situation of
default.

Can States face their own liquidity crises?

Some major countries (this includes the USA) have entered unprecedented
budget deficits and foreign indebtedness.

Various less prominent countries in the last decades (Thailand, Argentina...),
and recently (Iceland, Dubai, Ireland, Portugal and, as everybody knows,
Greece), either defaulted (formally or practically) or were rescued just
before they would get bankrupt.

Others, of various sizes, walk on a tightrope.

There are also worries about some central bank themselves, with doubts
about the value of the currencies they issued lavishly with dubious assets
to back them.

The questions are:
Would a major country defaults on its sovereign debt.?
And various other countries, in a domino effect, get
into such a meltdown?

Would it create a worldwide liquidity crisi ? With dire implications
for:


* Of course the sovereign bond markets,
with contagion on other security markets

* And obviously the world economy?

We are all in the same boat!
Time is up for a real World governance on economic issues!
And on all other issues that need a
democratic globalization!

=> Discipline and cooperation are both needed,
under some global piloting authority.

Pageviews for this article before migration from Knol: 4.7 k